Famous for its crabs, yes, but also its photogenic pier. No one who knows me will quite believe that I was up early and took most of these between 5 and 7 in the morning (no really, honest) over a couple of visits between 2009 and 2011. The light was perfect with very few people around on both occasions. 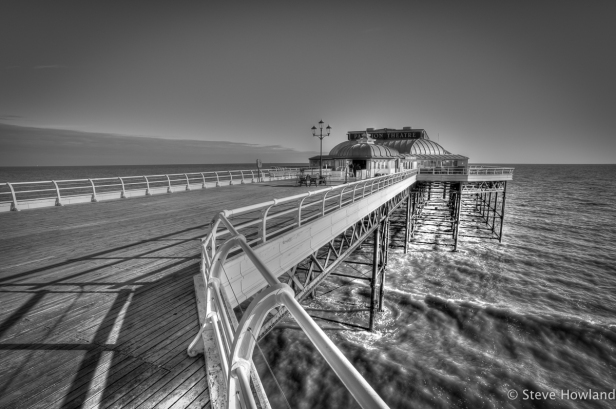 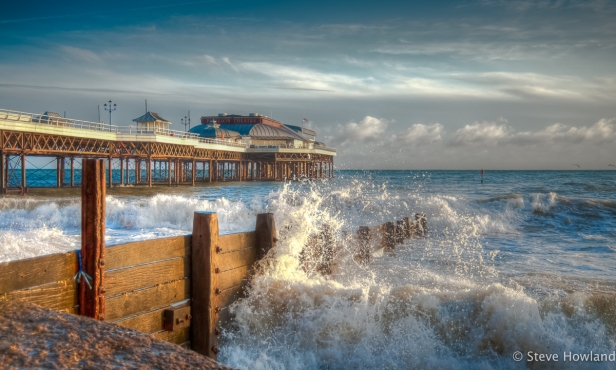 The curves of the steps and the low sun create dramatic shapes, something I always look for in a photo.

Some images deserve a mirrored symmetry and this was one of them. The original picture was interesting and I produced a number of variants – this one has a complex of treatments that make it somewhat ethereal, between reality and somewhere else and it effectively made a giant A1 sized poster on my wall.

The following version has a much more ‘liquid’ treatment, again, not quite in the real world.